When CIBSE and the ADE publish the updated Heat Networks Code of Practice (known as CP1 2020) in the coming weeks, a wave of new minimum standards for buildings on heat networks will come into force.

These changes, when combined with the recently updated Heat Networks (Metering and Billing) Regulations and upcoming regulation of the sector, represent minimum standards and new compliance requirements for new build developments on heat networks.

Build-to-rent developers seek to minimise cost in operation in order to maximise profitability. As a result, going beyond minimum standards before renters move in can reduce costs over the lifetime of the development.

One of the biggest changes to CP1 2020 will be the introduction of independent acceptance testing – what heat networks consultancy FairHeat describe as ‘rigorous testing to verify dwelling performance by ensuring the installation, commissioning and operation are as per the design and performance specification’.

No longer will it be enough for subcontractors to just provide commissioning certificates in order to demonstrate that key parts of the heat network are working as promised. Now independent testers will measure outcomes using data.

The acceptance testing process as described in CP1 2020:

Guru has been monitoring heat networks for almost eight years, and we’ve learned that it only takes a few misbehaving HIUs to badly impact heat network performance. For this reason, we’d always advocate acceptance testing on 100% of dwellings, as the “10% plus 10%” minimum standard is too likely to let the bad apples through. While testing 100% of dwellings might cost a bit more, those costs pale in comparison to the costs that arise when problems are allowed to make it through handover and into operation.

Inefficient networks can be more expensive to run by around £400 per dwelling, per year. Real-world results from a 2016 project delivered by Guru in partnership with FairHeat and in collaboration with the UK Government showed that proper commissioning alone can reduce heat losses on networks by more than two-thirds.

By acceptance testing 100% of dwellings, the risk that just one dwelling is driving poor performance across the network is mitigated. Getting the network right first time also means a reduced need for engineers to visit sites for remedial work – especially relevant now that access to dwellings is more difficult than ever.

Detailed data is valuable long after residents move in.

Even where networks are well-designed and properly commissioned before residents move in, heat networks are often left to drift, with performance degrading over time.

This is often not due to a fault in equipment, but rather is due to the accumulation of many small changes in the system over time, for example maintenance engineers changing one part of a heat network without regard to the effect on the whole.

Guru’s real-world monitoring of heat networks over a three year period, delivered in collaboration with the UK Government, showed that the cost of heat and carbon emissions can more than double on a heat network within three years if action is not taken.

Access to detailed data for site-wide diagnostics allows problems or inefficiencies to be identified, reducing total energy costs. It can also point maintenance engineers in the right direction, reducing the time spent investigating problems on site.

Data visibility drives good network performance. For example, the network shown below has used the data our Guru hardware captures to ensure the network remains at 60° C flow / 30° C return since it was commissioned and acceptance tested three years ago. 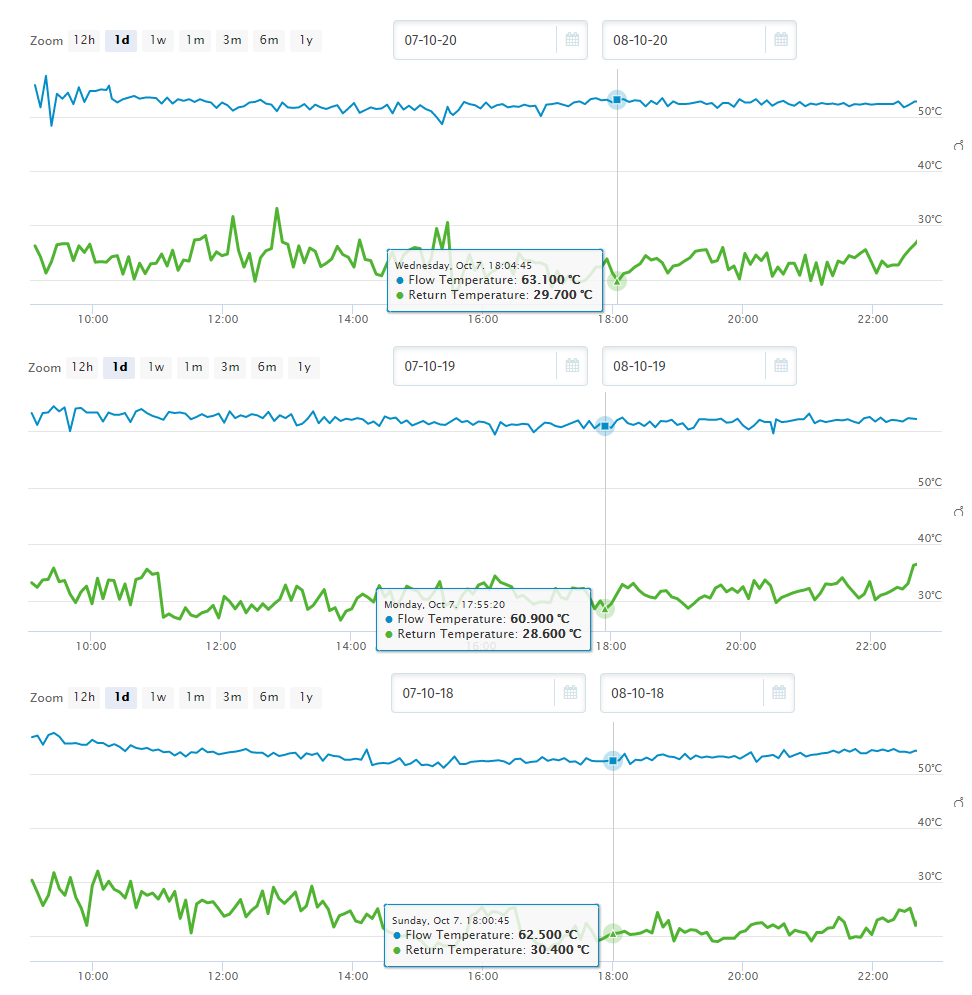 Accurate and reliable data doesn’t only support heat network performance. Capturing data from each dwelling every five or every thirty minutes also helps to future proof your metering and billing options.

Today, most heat network customers are billed in accordance with a site-wide tariff – but the future of heat tariffs is changing. Time-based tariffs, or even pricing that incorporates ‘comfort as a service’ are expected to be more common – more similar to how mobile phone tariffs are structured than traditional utility charges.

Installing a system today that allows for frequent meter data capture and access to the structured and sorted data will make any transition to the next generation of tariffs much simpler.

The built-to-rent model is uniquely placed to benefit from cutting edge technology because of the need to keep costs low and maintain optimum operation efficiencies over the lifetime of the development. Technology such as remote eHIU configuration, or the new approach of installing HIUs in corridors outside of the dwelling (reducing dwelling access requirements), are both examples of innovation that will reduce future maintenance costs at little or no extra cost today.

Guru products for build to rent 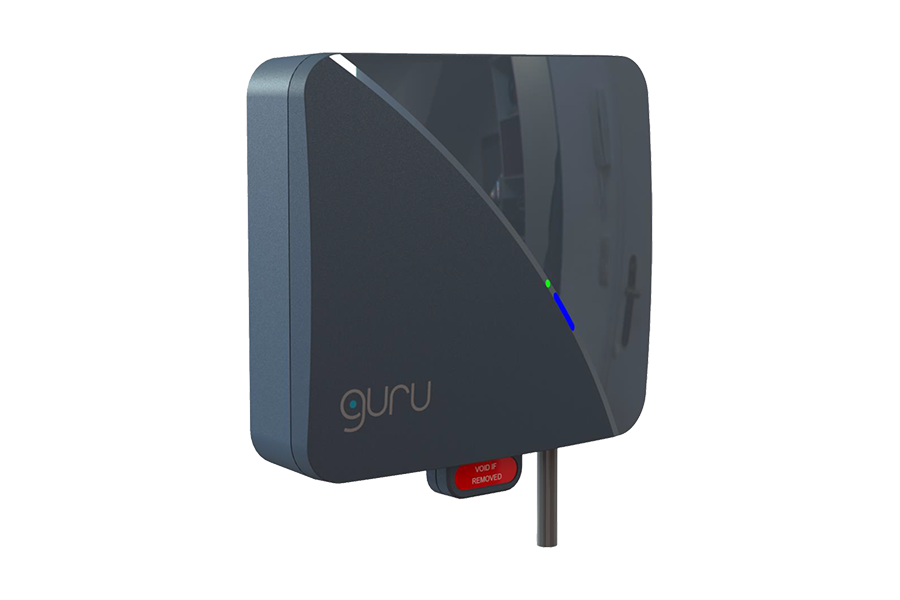 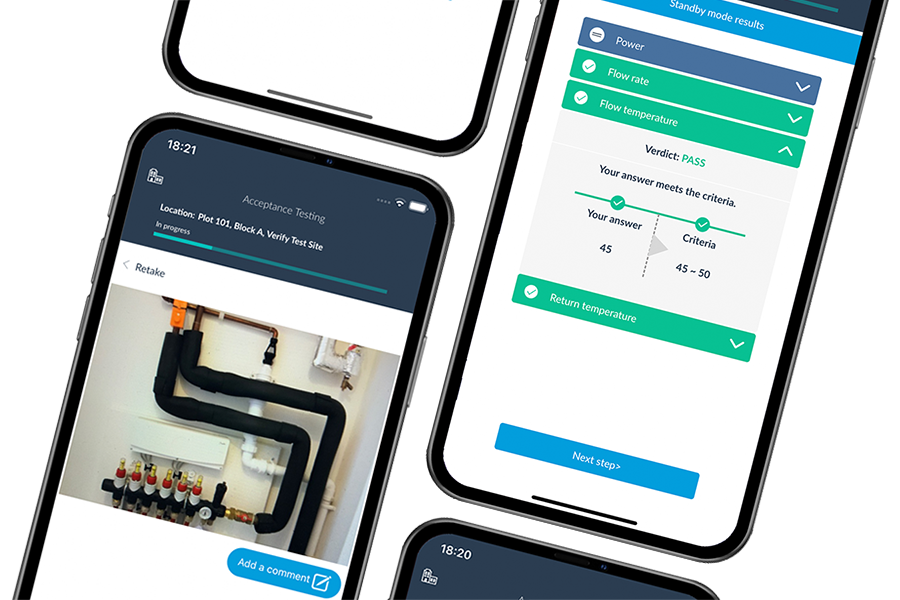 Verify network performance in line with ADE/CIBSE Heat Networks Code of Practice 2020 in up to 90% less time. 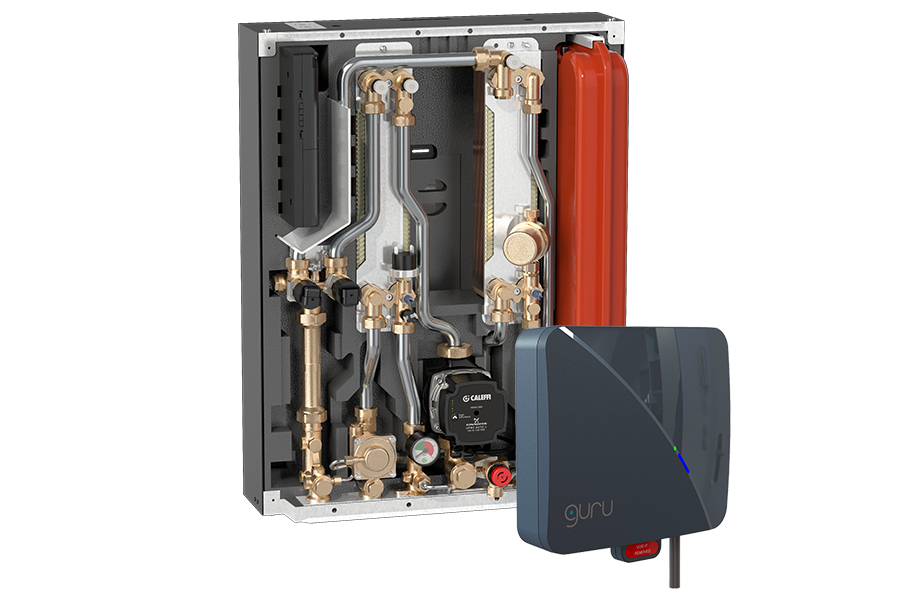