Our mission is to accelerate the decarbonisation of heat by providing data and technology to make energy systems more transparent, lower cost and lower carbon.

We design and programme our software products in house, and much of our hardware development happens in house too. Because of this, our technology team at Guru Systems plays a key role in achieving the mission.

With two hardware products and three software products on the market, and a number of other products in development, a day in the technology team can be varied.

In this post, Giedrius (Software Engineer), Fernando (DevOps Engineer) and Phil (Engineering Manager) share what it’s like working in the technology team, and how their work contributes to Guru Systems’ big picture. 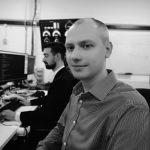 I’m a full-stack developer, which means I have the chance to be involved in both front-end and back-end development at Guru Systems. It also means that I get to see a big portion of the projects we’re working on. This flexibility allows me to switch workspaces from time to time, as well as help others understand how a particular part of the system works.

Currently my work involves coding with Golang, PHP and VueJS, as well as collaborating with other developers both within the team, and sometimes outside of Guru Systems too.

When I worked on Guru Verify, I would often speak to Krystian (technical lead) to discuss existing issues as well as what challenges lie ahead. I would also regularly speak to our front-end developer Matt. All developers on the project were also engaged with the User Experience team who always provide us with valuable user feedback and concept designs to work with.

A typical day for me could involve solving an existing code issue, collaborating with other developers on how to best approach and solve various problems, introducing new features, revisiting older code, or planning changes to databases. Because we’re a small and collaborative team, I’m involved in all parts of a project, from understanding requirements for new features, to finding solutions to problems both when the product is in development and when it’s being used by our clients.

I feel lucky to be a part of a group that continuously works towards the common goal; reducing carbon emissions. While this is only one of the first steps towards realising this goal, I am looking forward to future projects. 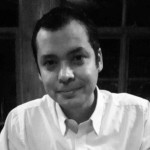 At Guru Systems, a single data point might indicate to a heat network operator that their network is performing as expected, or it might show a resident living on a heat network how much energy they’ve used that day on their in-home display.

We capture data from our hardware very regularly, and this level of detail means that we can provide the data our clients need to improve the efficiency of their heat networks and cut carbon.

Over the past eight years, we’ve captured over three billion individual measurements, but for Guru Systems, the challenge isn’t necessarily about storage space, instead it’s one of database design and performance. With so many measurements, it’s important that our databases are structured so that information can be accessed quickly both now and as we continue to grow. We want to know how efficiently the database performs when it’s queried so that we can improve.

This is a challenge that any engineering team could face, but for Guru Systems, the data we capture drives the performance of the heat networks that our hardware is installed across, which then impacts the temperature of people’s homes, and ultimately, the UK’s overall carbon emissions. It’s interesting to think that each line on our database is helping to decarbonise heat in its own small way. 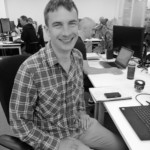 The tech we build at Guru Systems is mostly deployed in social housing, and it’s installed for a decade. If it breaks, there can be real-life consequences for people’s heating and hot water. Many of the residents served by our tech are vulnerable, so it’s really important we get things right. While this can be challenging, it’s rewarding to work on something that helps to reduce energy bills for the people who need it most.

Heat networks are a small but fast growing sector in the UK and some of the problems we’re working to solve haven’t been addressed before. For example, before Guru Systems, no one was measuring heat network performance. A housing development would be designed, and then it was assumed that once built, it would perform as per that design. We were the first to take widespread measurements, and we’ve found that is almost always not the case. There is often a big gap between the expected performance and what was actually happening. People who have applied IoT in other sectors have had the same experience of measuring existing systems only to discover that surprising amounts of money were being wasted, but we are helping to keep people’s homes warm, reduce energy bills, and support some of the most vulnerable customers.

Our dataset isn’t huge when compared to say Ad Tech or the big consumer internet companies, but it is valuable. It’s big enough to mean that trivial approaches don’t work, and there is lots of value to extract from it. We have a long list of great products that can be built from it, especially as we grow our data science team.

Interested in joining our growing technology team? Take a look at our current vacancies, or send a speculative application.